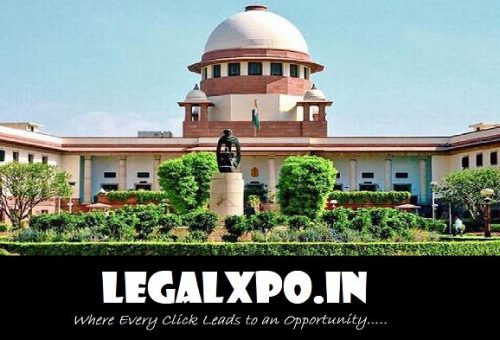 A Public Interest Litigation has been filed in Supreme Court recently, praying that the amendment giving Central Government with power to designate an individual as “terrorist” should be declared unconstitutional.

In the recent writ petition filed by a public-spirited individual Sejal Awasthi, the petitioner had approached the Hon’ble Supreme Court under Article 32 for immediate reconsideration of Unlawful Activities Prevention Act (UAPA), 2019.

The petition claimed that in an amendment made by the Parliament, Section 35 of the UAPA, 2019 empowered the Central Government to categorize any person as terrorist if he/she is allegedly involved in some kind of disruptive activities under the act, without applying any judicial application of mind.

The Petitioner further said that the amendment is violative of fundamental rights enshrined under Part III of the Constitution of India. It said that the right to reputation is an integral part of one’s fundamental right to life with dignity under Article 21 of the Constitution. Article 21 postulated a dignified life and not merely an animal existence. Therefore, categorizing an individual as terrorist under Section 35 of the Act without any controlled system of checks and balances amounts to violation of both Article 14 and 21 of the Constitution of India.

The case of Board of Trustees of the Port of Bombay vs. Dilip Kumar Raghvendranath Nandkarni & Ors. was referred, wherein, it was held that, “it is thus amply clear that one is entitled to have and preserve, one’s reputation and one also has a right to protect it. In case any authority, in discharge of its duties fastened upon it under the law, traverses into the realm of personal reputation adversely affecting him, must provide a chance to him to have his say in the matter”.

The petition also stated that the International Covenant on Civil and Political Rights recognizes right of reputation of others and right to hold opinions without interference. Section 35 of the Act is violative of International Conventions ratified and implemented by India.

No votes so far! Be the first to rate this post.

We are sorry that this post was not useful for you!

This website is an initiative to create an opportunities for law students, practitioners and legal luminaries.